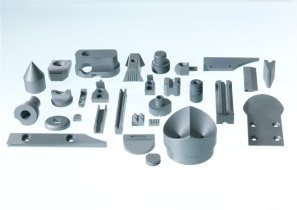 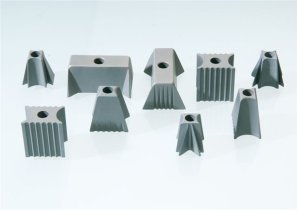 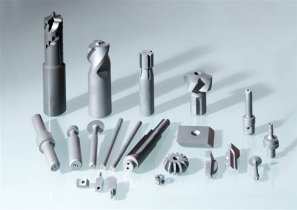 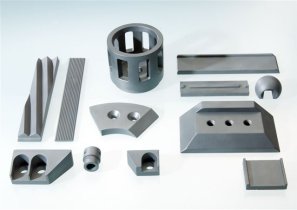 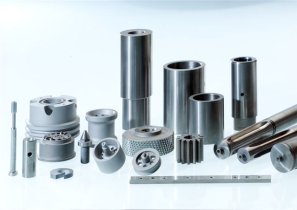 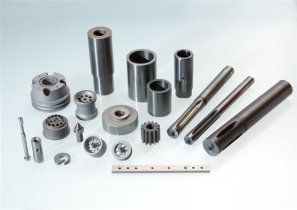 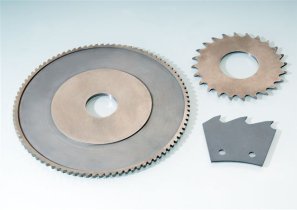 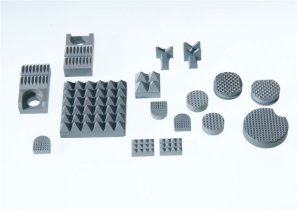 As carbide is distinguished by numerous properties, we would only like to limit ourselves to the most important ones at this point.

The definitively most important property of carbide is its wear-resistance. In many processes in the industry, abrasive processes occur between various materials, where one of both materials ultimately always wears prematurely. Carbide – also due to its utmost flexibility – has outstanding possibilities for considerably reducing premature or also unplanned wear.

Put very simply, one can say that the term “resilience” can also be defined as “ability to avoid a fracture”. In comparison to many other metallic materials, carbide is in the lower range of the resilience scale – approximately comparable with hardened steel.

Among the various types of hard metal, there are considerable differences in resilience properties. Ultimately, it can be stated that hard metal can be classified as a brittle material, as no plastic forming takes place before a fracture.

With hard metal, the hardness is determined on the basis of the Vickers indent method. The force of a weight of 30 kg (294 Newtons) is used in order to create a measurable impression on a surface using a defined diamond.  The hardness of a carbide component rises with a falling bonding agent content and falling particle size.  The range of achievable hardness starts at 700 HV 30 and ends at approx. 2200 HV 30.

On the basis of the high density of the tungsten carbide (15.7 g/cm3), a material density is created in the end product, which is at least 50% to 100% higher than the density of steel. The resulting higher weight of the carbide part must be noted with the configuration of the product, if the weight of the work piece is classified as being critical for the application.

Corrosion on a carbide component leads to a reduction of the binder portion on the surface. Only a carbide skeleton remains on the affected surface. As the bond between the individual carbides is considerably weakened, destructive forces can attack at that point and result in premature failure of the work piece.

In order to counteract this, the cobalt binder is replaced with nickel. This binder leads to a significant improvement of the corrosion resistance – without any noteworthy limitation of the physical properties.